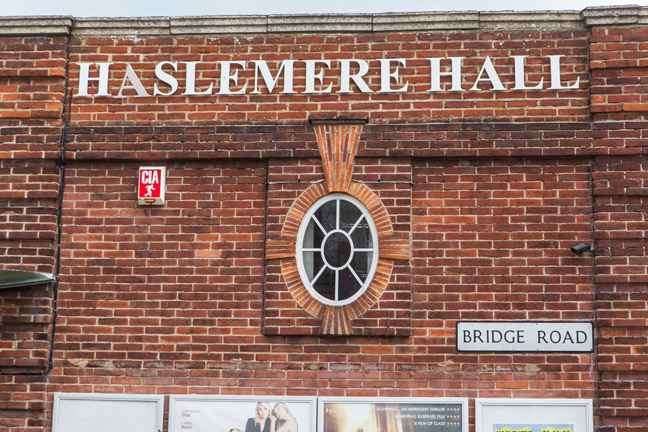 Having been at the heart of Haslemere events for over 100 years the Haslemere Hall has a fully equipped theatre seating around 340 in the main auditorium and upper balcony as well as providing a thriving venue for other clubs, events and social activities and events.

Richard Oldham, Hall Manager said that a building over 100 years of age is constantly requiring attention in the form of repairs and renewals. Improvements and modernisation work are undertaken as funds permit. The Trustees are always mindful of their responsibility and obligation to maintain the Hall – to continue to provide such a valuable amenity for the future generations of Haslemere citizens. Therefore, careful consideration and choice had to be made when they decided to replace the windows.

The existing windows were made of steel and single glazed, whilst some of the windows had been replaced around 1970, many of the windows were the original from 1913. Due to the single glazing Haslemere Hall suffered from poor insulation resulting in high heating bills, and excessive condensation, in addition, some of the frames had rusted through, whilst others had mould around the edges.

Because of the age and the design of the building it was important that the new windows reflected the original styling and also offered double glazing. Met Therm’s AG210 windows met these needs and requirements perfectly: additionally, Richard was delighted that he could obtain these windows from a local company as the installation of the windows had to be flexible to ensure minimal inconvenience was caused – Met Therm understood this and ensured the scheduling of the installation was around shows and activities.

Haslemere Hall has been able to maintain a steadier temperature throughout the building and have noticed the windows no longer have condensation on them. Richard commented a highlight of the installation is the fact “none of the local residents or key visitors to the hall have noticed the new windows”, which is pleasing as he was concerned the locals may be annoyed that the new windows would ruin the look of the hall – instead Met Therm AG210 windows have met their needs perfectly; offering double glazing whilst fitting in with the original styling.